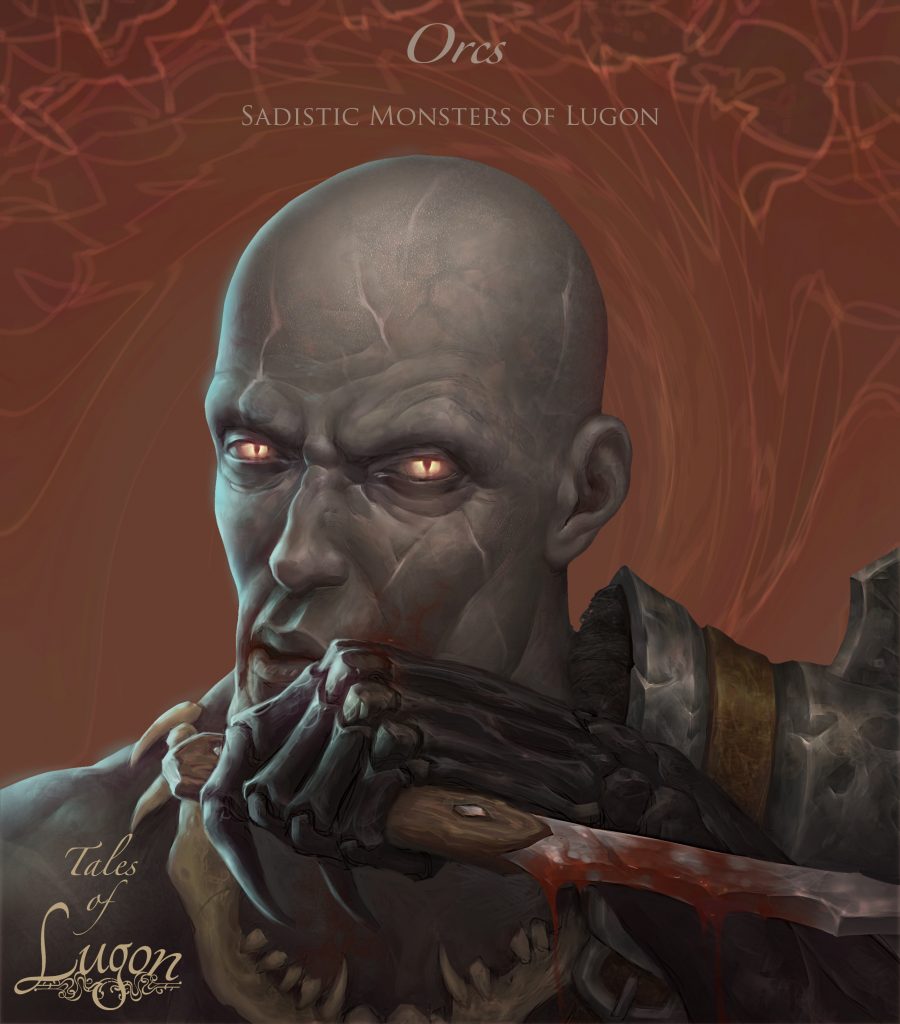 Orcs are a Bälech created chimera of lesser Divine creatures and Men. Made to mock the Men, they invent ways to destroy the world and its people rather than further creation. Like all the Savage races, Bälech removed all Divine abilities since their creation, and they are no longer capable of passing down any abilities. Once Bälech had conquered the majority of Lugon, he began to pay less attention to all of his bastardized creations. This has allowed Orcs to establish small domains of their own in remote regions, though the many still hold allegiance to Bälech.

Orcs are about the same height and build as men, with a dark gray color with nails and lips as black as charcoal. They take great pleasure in coming up with new ways and devices to torture others and are not above using them on their own kind if suitable prey cannot be found. Many of Lugon’s most horrific torture devices can be traced back to an Orc engineer. They are superb in all forms of combat, though they prefer to be up close where they can relish in the agony of their victims. They wear various types of armor depending on the type of combat they plan on engaging in.

Orcs have the most sophisticated social structure of the Savage Races and are also the only ones to make use of currencies. They recognize the need for order and structure to work together to bring down their enemies and make them feel the anguish that brings them so much pleasure. Though very strict in their hierarchy, any chieftain is only able to rule so long as he can maintain his grip on his underlings. As he ages or is perceived to be weaker, it is very common for a new leader to usurp his place by assassination.