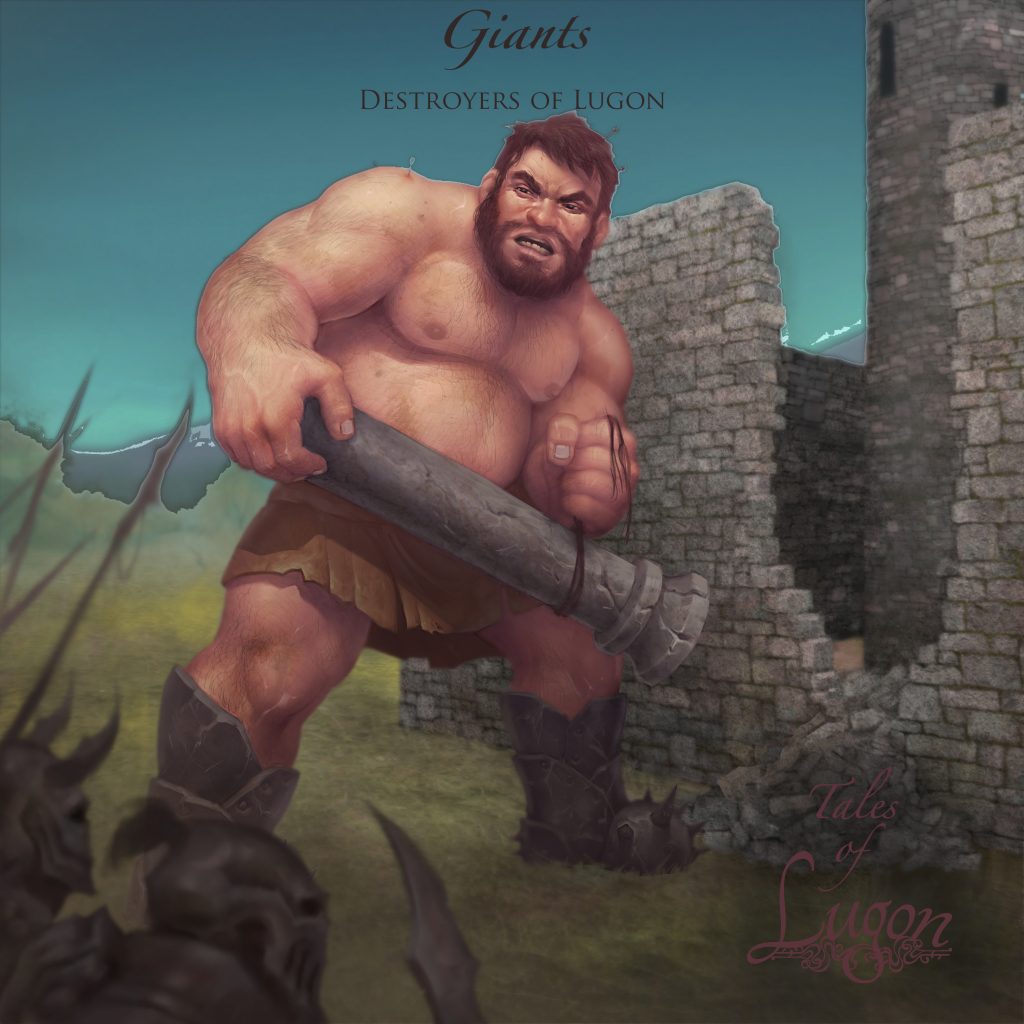 Giants are a Bälech created chimera of lesser Divine creatures and Dwarves. Made to mock the Dwarves, they are huge rather than diminutive and take pleasure in destruction rather than creation. Like all the Savage races, Bälech removed all Divine abilities since their creation, and they are no longer capable of passing down any abilities. Once Bälech had conquered the majority of Lugon, he began to pay less attention to all of his bastardized creations, leading many Giants to wander and start clans of their own, though many still remain loyal to their master. However, even those who no longer directly recognize Bälech as their lord still find the basic desire for destruction inherent in them.

Giants stand between 10 ft. and 12 ft. tall; this is true for both males and females. They prefer, simply and crude weapons, such as clubs and maces, to admire the disfiguration effect of multiple blows over time, almost like a perversion of blacksmithing. They typically only wear a loincloth, though occasionally they may don a tattered robe or tunic of the skin of various creatures. Though typically barefoot, they will wear spiked boots in combat to take advantage of their massive size, making engaging them in melee combat very dangerous and also allowing them to easily kick down barricades and other smaller structures. They will also carry incredibly large shields into combat that easily cover all but their boots when facing archers.

Unlike in many realms, the Giants of Lugon are not stupid creatures. They are quite intelligent, making excellent generals when they are forced to unite with the other Savage Races in battle. However, their love for destruction and no interest in craft means they must usurp even their places of living. They live by preying on others, both Noble and Savage, through violence and intimidation. If one ever comes upon a village where the doorways have been crudely broken at the top to allow for their stature, it would be wise to turn and run.